All programs are jointly held by the Stratham Historical Society with the Wiggin Memorial Library. They are free and they are open to the public unless indicated.

Wentworth Cheswill’s charisma and accomplishments make for a compelling local history story, one that Stratham history buffs won’t want to miss.
The Stratham Historical Society has scheduled a Zoom program at 7:00 pm on Monday, January 18, 2021.   Our presenter is Erica Linderman, an SHS Winfield L. Foote Award of Excellence winner in 2020, earned on her way to a History Department Ph.D. at UNH.

Here is the menu of reasons you might have an interest in learning more about Mr. Cheswill’s remarkable life:

·         Wentworth Cheswill (aka Cheswell) was born in 1747 in then New Market.  He died there in 1817 buried in the family orchard and graveyard he willed for himself and his descendants.

·         Richard Cheswill, Wentworth’s grandfather, was an enslaved black man who bought his freedom and built a farm in New Market on 20 acres he purchased from the Hilton Grant in 1717.  The Hilton Grant also gave way to the Squamscott Patent and later the land on which the Town of Stratham was established in 1716.

·         Hopestill Cheswill was the son of Richard and a free white woman.  Following the status of his mother, Hopestill was a free man.  He was a prestigious carpenter and housewright who built the John Paul Jones house in Portsmouth among other important homes.  Hopestill was Wentworth Cheswill’s father.

·         By the time he was 21 years old Wentworth owned a farm with over 30 acres, a pew in the meetinghouse and ran the store next to his schoolhouse.

·         Wentworth was elected Town Constable in 1768 and proceeded to hold elected and appointed town offices for 48 of the next 49 years until his death from typhus in 1817.  His service included Assessor, Auditor, Coroner, Justice of the Peace (Rockingham), Selectman and self-appointed Scrivener.

·         George Mason University determined that in 1768 Wentworth Cheswill became the first African-American elected to public office.  Though early census data listed Wentworth as white, documented comments of his contemporaries suggest that he was regarded to be biracial.

·         He was elected Town Messenger for the New Hampshire Committee of Safety carrying messages between Exeter and Boston.  On December 13, 1774, as Paul Revere rode west from Boston, Wentworth rode north to Portsmouth to alert the “British are coming” after two British war ships were spied in Boston Harbor.  On December 14, 1774, John Langdon led colonists to capture Fort William and Mary on New Castle seizing weapons and gunpowder.

·         He was considered by some to be New Hampshire’s first archaeologist.  His interest in local artifacts, field research and writings have been said to “contain the seeds of modern archaeology”.

·         Wentworth collaborated with other residents to form the town’s first public library.  Valued at over $13,000, the book collection gifted in his estate to the New Market Social Library was the largest from any donor.

·         David L. Morril of Epping served in the New Hampshire House of Representatives (1808-1816), United States Senate (1817-1823) and as New Hampshire Governor (1824-1827).  In 1820, three years following Wentworth Cheswill’s death, Senator Morrill deemed it of interest or valuable to disclose that Wentworth was of mixed race.  You may find it very interesting to learn why.

Assuming you have an appetite to explore some of these facts, learn more about Wentworth Cheswill, uncover what a scrivener does, or if you have knowledge to share on Wentworth Cheswill’s extraordinary life, we encourage you to join the Zoom program to be led by Erica Linderman at 7:00 pm on Monday, January 18.  The presentation is open to members of the Stratham Historical Society, Wiggin Memorial Library and to the public.  Participation is limited to an audience of 50.  You may register for Erica’s exciting program at https://strathamnh.assabetinteractive.com/calendar/online-event-presentation-on-wentworth-cheswell-revolutionary-war-veteran-by-ph-d-candidate-erica-linderman/ .  You may ignore the request for a library card number.  Zoom Meeting ID and Passcodes will be emailed to registrants on January 17.  Microphones will be muted until Erica encourages questions and an exchange of thoughts following her presentation. 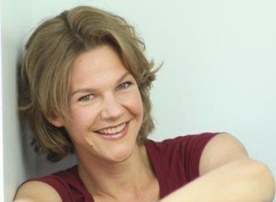