The Town of Stratham is governed by a Board of Select board  comprised of three elected board members. The overall day-to-day operations of the Town are managed by the Town Administrator, who is appointed by the Board of Selectmen.

The Select Board oversee the Town Government and the traditional March meeting.

Other towns pass their warrant articles entirely by ballot at the polls. This is called the SB2 (Senate Bill 2) form of government. Exeter, for example, is a SB2 town.

The first part of the traditional Town Meeting is held annually on the second Tuesday of March to vote for the town officers that are elected, and to also vote on the warrant articles that are on the official town ballot. The Exeter Cooperative School Ballot is also handed out at this time to our Stratham voters along with the town ballot. The second part of Town Meeting is held the following Friday, (three days later) to vote on the remaining town warrant articles that are not on the official town ballot and to conduct any remaining town business. A Town Moderator is allowed under State law to adjourn a meeting that has run for a very long period and reconvene it at a later date, usually one week from the date of the meeting, in order to finish the town's business. You cannot vote absentee at the Town Meeting that is held on Friday. You may vote absentee and request a ballot for the first part of Town Meeting that is held on that Tuesday. 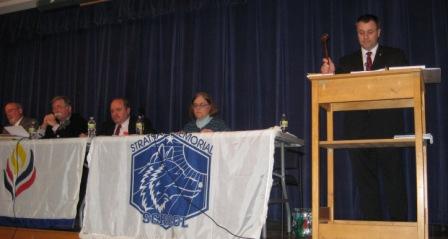 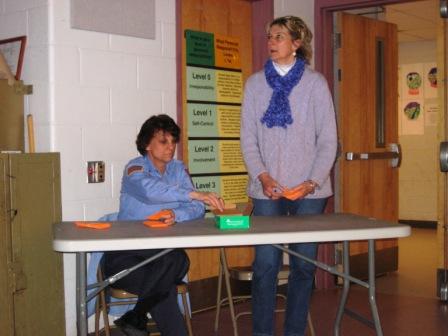 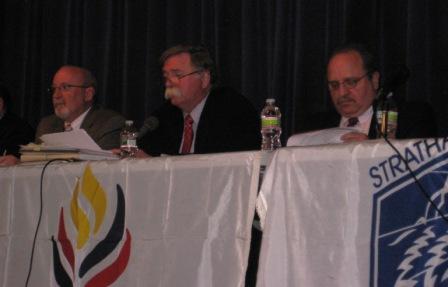